Don’t be fooled by the people behind fossil fuels. The fossil fuel industry has perpetrated decades of disinformation, propaganda and lobbying to delay climate action by confusing the public, investors and policymakers about the climate crisis and its solutions.

According to the Fossil Ad Ban campaign, fossil fuel companies spend over $200 million each year on advertising in Australia across all platforms including radio, billboards and digital. Even the Intergovernmental Panel on Climate Change’s latest report singled out the role of advertising and PR in Australia.

Comms Declare, a group made up of 300 marketing, public relations, advertising and media professionals, is calling for a tobacco-style blanket ban on advertising by coal, oil and gas companies in Australia.

Greenwashing by the fossil fuel industry has played an instrumental role in delaying climate action in Australia. Fossil fuel companies present some of their products and initiatives as clean and green, even when the bulk of company behaviour and the vast majority of their products and operations are highly polluting. Greenwashed ads present confusing or misleading claims that lack concrete information or broader context about the actual environmental impacts of whatever’s being advertised.

For example, advertising by energy and mining companies often focuses on renewable energy solutions, doing good in the community and new greener technology. These ads almost always exclude all negative impacts and the polluting and harmful footprints of the rest of the business. There is an abundance of what appears to be misleading or very selective content in the fossil fuel sector’s marketing.

AGL’s ads position the brand as a modern technology company with and as a provider of renewable solutions. Yet in fact, AGL is Australia’s biggest corporate greenhouse gas emitter.

Woodside Energy advertisements commonly promote jobs and community support, while referencing ‘zero emissions’ or a ‘lower carbon future’. Woodside is expanding and building some of the most polluting new fossil fuel projects in Australia.

Glencore advertising likes to focus on spelling out its contribution to the economy and the importance of copper as a component in renewable energy and society in general. Glencore's advertising has been called out, due to the company’s role as Australia’s largest thermal coal miner, currently waiting for approval for a large new coal mine in Queensland.

As one media and advertising expert put to ACCR after reviewing a range of advertising from fossil fuel companies: “If someone was to arrive from another planet, they would easily assume from these communications that this group of companies had recently stepped in to solve the climate crisis, solving a problem created by whoever was responsible for over a century of emissions in Australia.”

Greenwashing poses a regulatory and legal risk for companies. Regulatory oversight is on the rise globally. Both the Australian Securities and Investments Commission (ASIC) and the Australian Competition and Consumer Commission (ACCC) have indicated that they will pursue greenwashing this year and are seeking to introduce standardised reporting. Shareholders are right to be concerned about potential liabilities and the need for strong governance around advertising claims.

Research published in the Global Sustainability journal, identified 12 “discourses of climate delay” – statements that exploit discussions on how we should reduce emissions, with the purpose, or effect, of limiting action on climate change.

Being able to identify these arguments and in turn not fall prey to them will become a very important skill for shareholders receiving corporate communications. Here are just some of the more prevalent tricks of the trade.

Let’s start with doomism. While we may be reaching climate tipping points, if anyone is making the suggestion that change is impossible, that we can’t mitigate climate change and that we should just adapt, is pushing propaganda and disinformation. 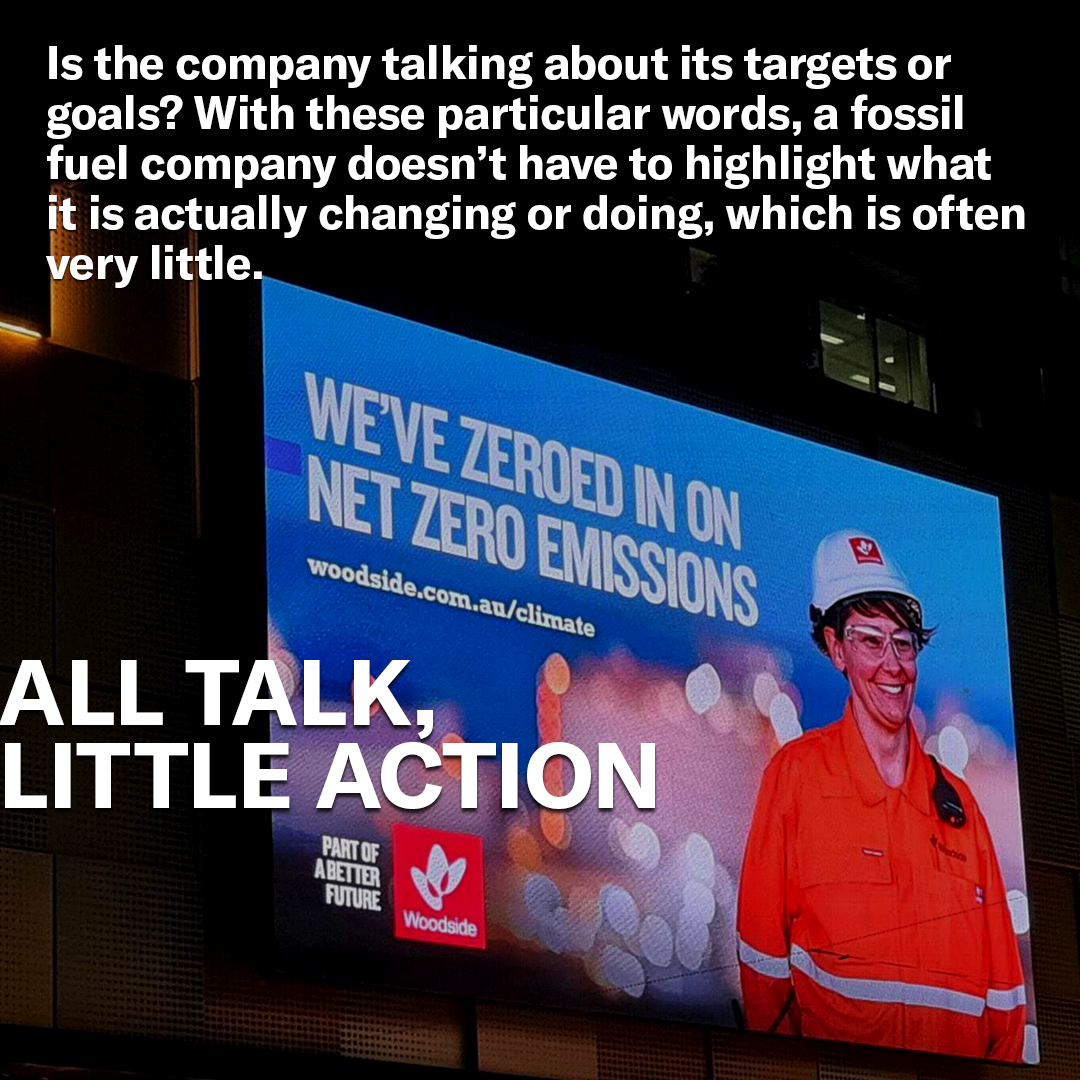 Is the content putting the onus on someone else to take action first? Perhaps they are using whataboutism to make statements like “Our carbon footprint is trivial compared to [...]. Therefore it makes no sense for us to take action at least until [...] does so.” Or the free rider excuse where others' inaction just weakens Australia. Or even worse, are they laying the blame on you, as consumers. 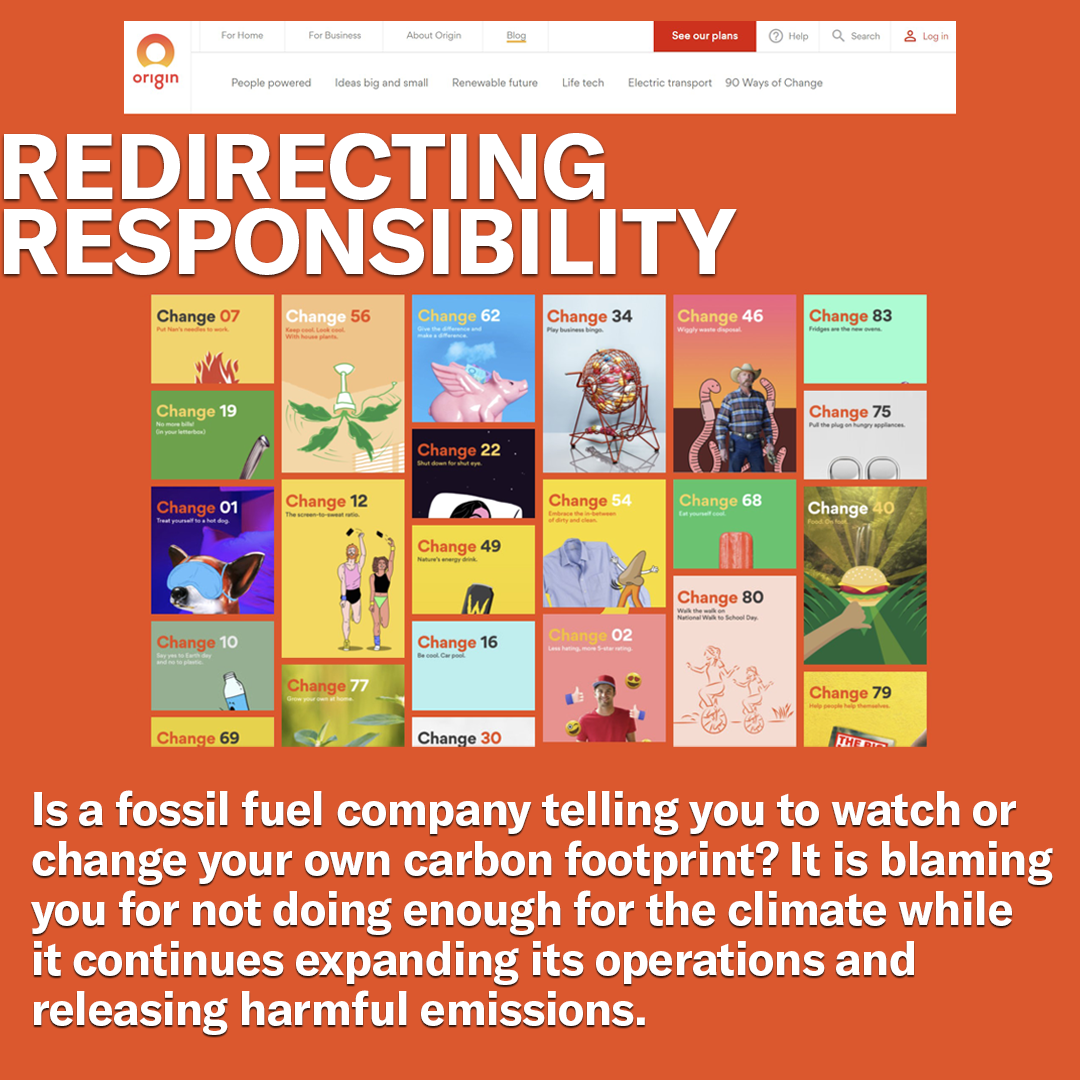 Does the advertising emphasise the downsides? This can be seen as an appeal to wellbeing, where fossil fuels are required for development. That any suggestion of abandoning them will condemn the global poor to hardship and their right to modern livelihoods. Or perhaps it’s an appeal to social justice because climate actions will generate large costs. That you are horrible to make any suggestion that will burden the vulnerable members of our society or make hard-working people unable to enjoy their rewards much like the $100 lamb roast claim.

Is a narrative pushing non-transformative solutions because disruptive change is not necessary? Perhaps it is using technological optimism in suggesting we should focus our efforts on current and future technologies, which will unlock greater possibilities for addressing climate change.

Australia’s lobbyists also employ these tactics. You might hear policy perfectionism where we should seek only perfectly crafted solutions that are supported by all affected parties; otherwise we will waste limited opportunities for adoption. If the narrative suggests that society will only respond to supportive and voluntary policies because restrictive measures will fail and should be abandoned, you’re hearing the no sticks, just carrots line.

We listened to just one interview with the Chief Executive of the Queensland Resources Council and found 11 examples of discourses of climate delay.

Astroturfing is the informal term for campaigns that appear to be naturally occurring, but are actually being backed by a company. Astroturfing hides the financial and business associations between the originating company and the message, potentially making corporate campaigns more palatable to a public that might reject forthright propaganda.

The term "astroturfing" is a play on the term "grassroots movement," since the grass is fake.  It is a practice that is especially prolific on the Internet. Being caught openly astroturfing can embarrass a company and potentially do significant damage to its public relations if the incident is wide-spread or well-publicised. 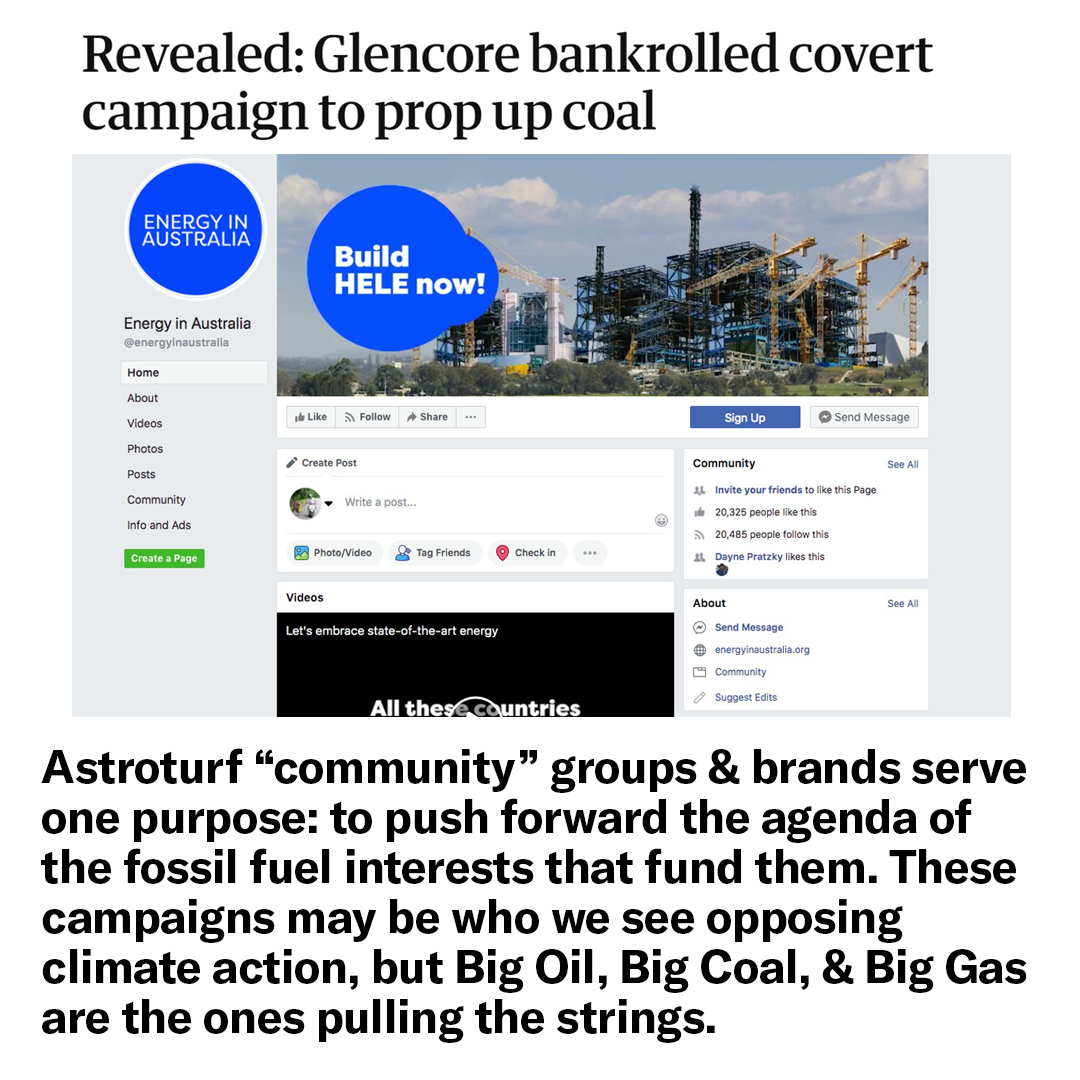 Climate-aware investors considering divesting should be thinking very hard about what power they are giving up.

Companies are spending shareholder funds on sponsorships to buy acceptance and enhance reputation.